Puzzle 4 – Easy as Skyscrapers
I encountered this type in the 2011 24HPC set by Salih Alan and Murat Mehmet Sevim. They had two grids: 6×6 and 7×7 – both had relatively high point values. I decided on a 6×6 and drew five empty grids on my puzzle-making notebook devoted to just this single puzzle. My solving path starts at the bottom right.
Then you’d reach several this-or-that choices where one choice would quickly come to an abrupt end forcing you to take another route. This puzzle was also troublesome during test-solving. I had to add a couple of more clues to make this a decent puzzle without too much guessing.

Puzzle 5 – Spy Skyscrapers
Spy Skyscrapers is my own idea (as far as I know). I wanted the photos to have a more essential role than the skyscrapers clues. I started by dishing out the 2345 sequences around the grid and work from that. From the skyscrapers clue, there are two ways to place all the 6s but only one pattern had the 6-6 pairs that are a chess knight step away from each other.
Now you pick one fork in the road. One pattern ends quickly after placing all the 5s. The other path is the more promising one and leads to this solution.

The ending was quite guess-y but the photos covering 6 cells made the puzzle easy enough to solve near the end. Did you see the top left photo appearing twice? That was lucky! 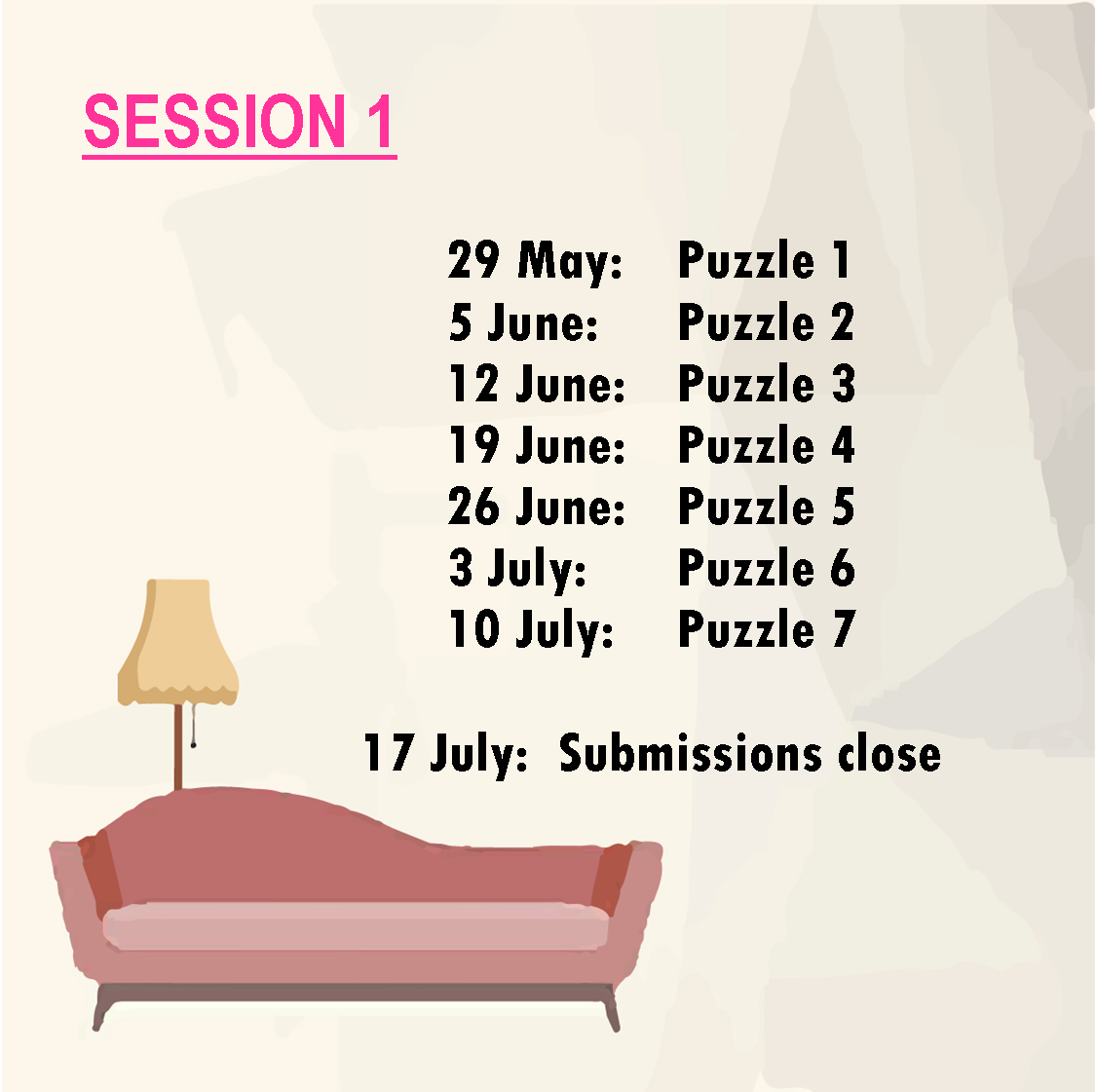 [Puzzle Lounge updates and errata will be posted here]

What do crosswords in your newspaper, that numbered 9×9 grid that’s suddenly everywhere, the spot the differences on a cereal box, a chess position from some tournament match, the squiggles you see in common IQ tests and a high school mathematics exam have in common?

Answer: They can all be classified as a “puzzle”.
As a lifelong puzzler, I always find the word “puzzle” to be a bit broad. Everyone has their own definition of a puzzle. I imagine a certain place where all puzzle types gather and made known to everyone. That place would be Somewhere Over the Rainbow.